The National <36% APR Theme is Gaining Ground. You're a "Lender to the Masses?"

Attention all Subprime Small Dollar Lenders! Did you miss this?

The national <36% APR theme is gaining ground. You’re a “lender to the Masses?” Read this, digest it, assemble your team, plan to survive & prosper.

Read the following Press release! Know that my Team is a B2C Lender, investor, consultancy, conduit, Native American Tribal specialist, networker, and in daily conversations with the savviest executives, operators, and vendors in what I call, “The Business of Lending to the Masses.”

THIS NATIONAL THEME FOR A <36% APR CAP IS CRITICAL!

IT WILL NOT GO AWAY!!

“Predatory loans trap working-class people like the ones I represent in Chicago in an endless cycle of debt and jeopardize our economic recovery. It’s up to Congress to ensure that families aren’t stuck with unpayable interest rates on loans for a utility bill or baby stroller,” said Congressman Jesús “Chuy” García. “This bipartisan bill expands the time-tested protections of the Military Lending Act to veterans, military families, and other consumers. Congress should act with haste to advance it to protect families from this unpayable debt.”

“Usury has been condemned since Biblical times. Historically, the United States has had usury laws, putting a guard rail up for borrowers. As more and more loans are given online, it becomes more difficult for states to deal with the problem of snowballing debt. The Veterans and Consumers Fair Credit Act is a great starting point to address the influx of foul play by payday lenders who seize on vulnerable borrowers. We already protect military service members under the Military Lending Act, which means that we have recognized the predatory nature of high-interest loans to our men and women in uniform. This raises the question – if it is wrong to allow predatory lenders to target our service members, why is it right to let them target the rest of the community?” Said Congressman Glenn Grothman.”

“This important legislation is critical as consumers across the country try to recover from the financial ruin caused by the COVID-19 pandemic,” said Rachel Gittleman, Financial Services Outreach Manager with the Consumer Federation of America. “We thank Congressmen García and Grothman for stepping up to protect consumers from predatory, high-cost lenders that thrive on the unaffordable debt trap created by the borrower’s inability to repay. This legislation will protect consumers of color, veteran, low-income, rural, and older consumers, who have been targeted by high-cost lenders who see their historic financial exclusion as a ticket to exploitation.”

FACT: 57% of working families earn above a livable wage in the U.S.

So… that means 43% can barely make ends meet! They need OPTIONS!

Why Households Must Have Access to a Multitude of Choices for Solving Financial Emergencies.

The choices that should be maintained and fought for by humans, voters, politicians 🙂 , lawyers 🙂 ?

What’s this mean? OPPORTUNITY! Done right, lending $$ to the masses is doing the right thing for them, for you, for your employees, for your community.

Know that each of the massive, publicly-traded lenders [think Enova, Curo, Elevate, World Acceptance…] only have a maximum of 3% of our industry. And a few are currently lending to subprime consumers at $300,000,000 per quarter! Unthinkable!!

Want to get started? Get a copy of our “Bible: How to Lend to the Masses”

Lenders, where do you get solid, accurate information about your industry? Workshops conducted by lawyers, who want you to put them on retainer? Talking to your buddies over scotch after the Conference workshops conclude. Oh, I know. You seek the counsel of vendors who have never loaned a nickel of their own money but are willing to share what they perceive to be the “secret” metrics, techniques, and strategies for lending YOUR hard-earned dollars to the Masses by paying for THEIR 3rd-party solutions!

So you ask, what’s different about YOU, Jer? Don’t you have your hand in my pocket as well? Jer, have you ever loaned a nickel of YOUR money via the Internet to some down-and-out consumer who lacks the funds to keep on the lights? Pay for a kid’s prescription? Fix a broken-down car needed to keep a job?

My response? YES, YES, and YES! I opened my first payday loan store in Garden Grove, California in late 1997. Day-by-day I worked and sweated to build 15 locations. [If you’re reading this and want to hear about loaning money to phone sex call workers, reach out. There happened to be a call center in my payday loan store building.] Then, I discovered the Internet! Then, the SMARTPHONE! Today, crypto, the lightning network, Defi… all are destined to upend the business of lending to the masses. [But, that’s another conversation.] The rest… is history. Equity in multiple stores, equity in both state-licensed and Native American Tribal [Federally recognized, sovereign Nation] portfolios, consulting gigs with VC’s, hedge funds, tribes, mom & pops, private investors, family offices, seed round participation in infrastructure platforms focused on “lending to the masses,” Board and Advisory positions, Fintech startups… I live and breathe this industry! It’s the “juice” that drives me. [I’m no golfer! Retirees RUST!]

My Point? Tap into relationships with those who have “walked the walk!” Enova fits this mantra! So, read and learn.

Background: Enova International[ENVA] is a publicly-traded company in “The Business of Lending to the Masses.” Translated, that’s SUBPRIME LENDING! Founded by @AlGoldstein in 2004 as @CashNetUSA [The Check Giant LLC], acquired by CashAmerica in 2006 for $35M in cash, spun off as Enova and taken public in 2014. 16 years in the subprime lending space. Served 7M customers. Originated $27B in loan originations! Focused on the USA & Brazil to a lesser extent.

Fact: There is no large player in the subprime or near subprime space! Fragmented! Meaning? There still remains a SUBSTANTIAL opportunity for de novo entrants and seasoned lenders to achieve significant success in lending $$$ to the Masses!

3rd Quarter performance In a Nutshell

Enova’s stock price has increased 50% over the past 12 months! Chargeoffs dropped down to 4.2%. Loan originations scaled 26% to $856,000,000; six times higher than last year’s 3rd Quarter! This is the second consecutive quarter Enova has produced sequential growth above 25%. They accomplished this during COVID-19! They only have 3% of a VERY FRAGMENTED MARKET!

Of note on the Enova conference call:

“Yeah. I think you said it right, David. It’s kind of a resounding no. I mean, there is a lot of noise. But I mean, there’s no large player in the subprime credit card space. There are some small options out there, but they’re always have been and it’s mostly kind of high near-prime borrowers, not deep subprime borrowers, and that, obviously, a lot of talk of buy now, pay later. But that’s almost exclusively prime and super-prime. There’s really no big player that’s really done any kind of volume in the subprime or near-prime space where we focus most of our efforts.”

“And I think that’s always been one of the things that have differentiated us instead of supporters are kind of conviction on that subprime and your prep space, where there has been less competition and continues to be less competition.”

For a complete transcription of Enova’s 3rd Quarter earnings report, click the Enova link above. Additionally, there is always interesting analysis about Enova found on SeekingAlpha.com

If you are or want to be, in “the business of lending to the masses,” REACH OUT TO ME: Jer Ayles 702-208-6736 Jer@thebusinessOflending.com

FREE: GO BEHIND THE SCENES WITH 17+ WORLD-CLASS CONSUMER LENDING EXPERTS

FREE: GO BEHIND THE SCENES WITH 17+ WORLD-CLASS CONSUMER LENDING EXPERTS

Discover how to adapt, pivot, and thrive in the new economy as a consumer lender. 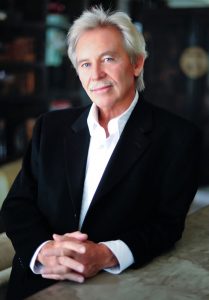 This event will bring together the best in the industry to teach you how to navigate the legal changes, shutdowns, technological advances, and consumer behavioral changes that are having an impact on your business right now and it’s FREE (for a limited time). FREE ONLINE EVENT | March 3 – 4, 2021 Click to Register Lockdowns, Covid, Government subsidies, 36% APR theme, the Biden Administration, short-term survival vs long-term Success! What do you do? What’s your next move? How do you survive, thrive, and protect your Team, your community, our Country’… by offering the 98% of financially challenged consumers in search of choices and transparency in need of help navigating this challenging economic environment As a valued member of our free Newsletter, “The Business of Lending to the Masses,” I’m offering you FREE ATTENDANCE to “The Consumer Lending Summit” March 3-4 2021. PS: I’m honored to be a presenter & an Attendee! You cannot put a value on this! Whether you’re a Lender, a vendor, a consumer, an investor. a TLE. a member of Indian Country, a VC, a competitor, capital in search of a superior ROI, the media, a regulator, a VC, Family Office… Join us via Zoom with ZERO investment Thanks for being a loyal email subscriber. I appreciate hearing from you. Let me know if you ever have any questions. ideas, needs, opportunities, solutions… Jer Click to Email Was this forwarded to you? Signup for our free monthly insights! Click to Click here to signup! BE THERE! Jer & Team Trihouse Consulting TheBusinessOflending.com

We quizzed 94,577 consumers who either currently have or at 1X+ had a payday loan, title loan, or a non-collateralized installment loan.

As a lender or vendor or lawyer in the “Business of Lending Money to the Masses,”

YOU need to know what their #1 questions are. For the answers, invest in our 2019 Course. Click Here!

Jer – Trihouse 702-208-6736  For a copy of this report in PDF format delivered to your Inbox, send an email to: TrihouseConsulting@gmail.com

To schedule a strategy/exploration call, click to view my calandar Clarity.fm

Course: How to Lend to the Masses

If you’re worn out spending hour upon hour searching Google for consumer loan business strategies, know-how, software, licensing, consumer credit reporting, sample contracts, collection tactics, profitability, how much start-up capital you need, anticipated default metrics, and on and on and on… Our “Bible” delivers ALL THESE ANSWERS AND MORE!