His thesis is that a negative outcome of a personal injury case under review by the Supreme Court could expose Indian tribes to new legal risks and put their “sovereign immunity” status  in jeopardy.

Certainly, as a direct lender, a consultant to tribes and a conduit for capital infusions into tribal business enterprises, this topic and it’s outcome are of great interest to both me and my clients.

So, first my thoughts followed by a link to Professor Fletcher.

So long as the sovereign tribe maintains a forum for litigants to bring suit and be fairly adjudicated, I see no issues here. It’s as if a limo driver employed by the French Embassy were in a similar circumstance. There are legal avenues for “forum shopping” lawyers in similar circumstances. Tribal businesses have access to insurance as do other entities and sovereign nations. Sovereign tribes do not intentionally shirk their responsibilities. However, having counseled and represented tribes in collaborations with online payday loan and installment loan management groups and capital infusions for several years, I have witnessed instances in which the resources of the tribes have been stretched. This “friction” is not due to a reluctance by the tribes to negotiate fair and reasonable alliances but rather a lack of experience in such business endeavors because Big Brother in D.C. denies, delays and inhibits their financial success. Success that would enable the tribe to fund their own businesses, build infrastructure including medical care, education, housing… and GET OFF THE GOVERNMENT TIT as they prefer to do! 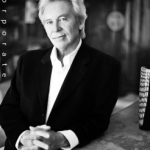 Finally, having equity in payday loan and installment loan stores plus my own capital at work via online lending portfolios and continuing to serve payday lenders, installment loan lenders, car title loan lenders, investors… in a consulting capacity, I certainly understand why there are those in our “micro-lending/alternative lending” industry who would like nothing better than for the tribe lending model to fall off the face of the earth. Why? Because state licensed lenders perceive an online tribal lender as having the advantage of zero regulatory, compliance, auditing, etc. oversite. Well, as President Trump often says,”WRONG!” I will not dwell on all the regulatory hoops and convolutions tribal lenders must comply with at this time but I assure you dear reader that THERE ARE MANY.

Ultimately, there is room in the business of lending money for all players and licensing models. Whether you’re a small mom-and-pop with a tiny portfolio and just a few core customers or a publicly traded behemoth like Enova, there is, and will continue to be, demand for your inventory: MONEY!

Zero lenders in the business of lending money to consumers and small business for the long-term will embrace the abuse of their customers. Zero lenders will risk the wrath of the FED’s, the State, their peers and MOST OF  ALL their friends and family members; their community.

Of course there are “outliers.” They exist in all industries including the media and in government. But eventually, as we have all witnessed during this LONG election cycle, Julian Assange will get the DOPE on the bad guys! And the results ain’t pretty!

So… on to Professor Fletcher and “The Conversation.”

Comment? Reach out! Help? Let me know! Haters? Bring it on… I’ve been at this awhile. Meanwhile, 2017 is proving to be ONE HELL OF AN OPPORTUNITY!