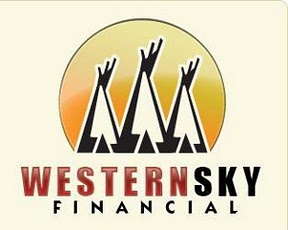 By Jer  with Trihouse Consulting ~ The tribe payday loan business model has been around since at least the late 1990’s. In the “early days,” individual tribe members collaborated with lenders to circumvent state and province usury and licensing requirements. Although this rendition of the tribe sovereign model is no longer employed, there still remains outstanding litigation and regulatory challenges that continue. The Martin Web and Western Sky controversies are part of this ongoing story.

Western Sky has always described itself as “wholly owned by an individual member of the Cheyenne River Sioux Tribe;” not by the tribe or any of its political subdivisions. It refers to itself as a Native American-owned business operating within the exterior boundaries of the reservation, a sovereign nation within the U.S.

Western Sky Financial, “located” on the Cheyenne River Reservation Timber Lake, S.D., has said it was not required to follow Maryland law because of tribal immunity, according to the Maryland Department of Labor, Licensing and Regulation.

The Maryland labor department’s Division of Financial Regulation said Thursday it has issued a final cease and desist order against Western Sky, its owner Martin Webb and other related parties. The order also prohibits the company from collecting or attempting to collect on any loans made to Maryland consumers. The company has the right to appeal the final order to Maryland Circuit Court, said Mark Kaufman, commissioner of financial regulation.

With the aid of Wall Street and sophisticated tribe legal counsel, the payday loan industry has evolved significantly since the early days of what was once referred to as “the rent-a-tribe model.” Much like the gaming industry, there are today, legal methods and strategies available that enable geographically challenged tribes lacking sophisticated resources to collaborate with “capital” and expertise in serving the millions of consumers who want and need small dollar loan products to help them solve their temporary, short-term financial challenges.

For more on this topic: Allen Parker at Consultants4Tribes.com