PDL Business Intel: Get Your Competion to Spill Their Guts

How to get your competition’s employees to spill their guts!

Every installment loan lender, payday loan, car title title loan… consumer lending business owner needs information. As lenders in “the business of lending money to the masses,” I must know what my competition is doing!

I must know what’s working for other payday loan, title loan and installment lenders in my area!

Sit down with your competition’s employees and allow them to spill their guts.

How to “get the dirt” on your competition. 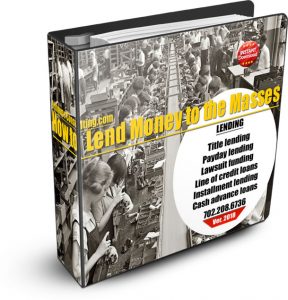 How to Start a Consumer Loan Business

Here’s a free template you may use to start:

We are currently seeking a Loan Representative & an Area Manager to join our growing company and work in our YOUR CITY office.

We are actively recruiting candidates that are looking for a career opportunity with our company. We value the relationships we have cultivated in the communities we serve and expect our employees to be an example of honesty and respect when dealing with them.

YOUR COMPANY NAME Loans has a special approach to business and we only desire experienced candidates that can step up and work towards the exceptional customer service and image we represent.

Consumer Lending Daily Responsibilities to include:

To be considered eligible for our Loan Representative or Area Manager positions, you must meet the following requirements:
• 12+ months experience with a PDL/title lender (We guarantee we’ll be discreet).
• Excellent customer service skills.
• Computer proficient with full understanding of basic operating systems.
• Basic math skills.
• Excellent communication and organizational skills.
• Ability to multi-task and work in a fast-paced environment.
• Ability to handle heavy phone volume.
• Ability to advance and make serious $$.

Often, your competitors employees are unhappy. Why? Could be they have a crappy boss, maybe the commute is too long, often there is little opportunity for advancement, not enough money… any number of reasons.

So, by reaching out in creative ways to your competition’s employees, you can open a dialog with highly experienced, qualified personnel who are able to provide you with a much different perspective on your business and tactics that will increase your funded loans, improve collections, decrease first-time defaults…

And, when I’m lucky enough to get a superior candidate, I often hire, collaborate or at least pay them a couple of hundred bucks for their time. It just feels right.

Thinking of starting a consumer loan business but you’re not sure of where to begin? 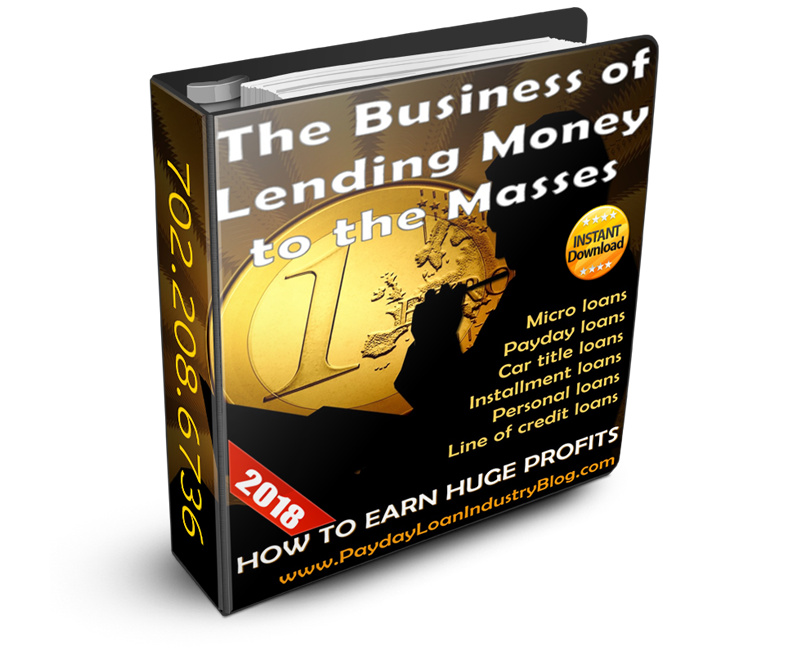 John Q. called me this morning. He owns a payday loan and car title lending store. He wants to “tighten up” his operation and open 3 more locations. I advised him to get a loan at “your biggest, baddest competitor in your market in order to copy and emulate their contracts, disclosures, licensing, and sales pitches.” In the past, this advice USUALLY helps. BOY DID I SCREW UP! Turns out John’s “biggest, baddest competitor” was CashCall operating in California.

Lender CashCall to Pay Restitution, $1 Million in Penalties and Costs to Settle Case with DBO

SACRAMENTO – The Department of Business Oversight (DBO) announced a settlement with CashCall, Inc. that requires the lender to provide restitution to thousands of California borrowers, reform its business practices, and pay the DBO $1 million in penalties and cost reimbursement.

The DBO alleged CashCall used deceptive sales pitches and marketing practices to dupe consumers into taking out personal loans of $2,500 or more even though the customers didn’t need or want to borrow that much money. Here’s how the alleged scheme worked:

“This settlement holds the company accountable for its unlawful conduct and compensates the victims of these unscrupulous practices.”

The settlement resolves allegations filed by DBO last year that CashCall unlawfully deceived consumers, filed false reports with the Commissioner and made false representations to the Commissioner.

CashCall will pay wronged borrowers $125 each in restitution. The final number of eligible borrowers and the ultimate restitution total will be determined by a third-party auditor who will examine CashCall’s files.

CashCall’s preliminary review of its files indicates thousands of customers will receive restitution. CashCall must make the restitution payments within 90 days.

State law caps interest rates on consumer and commercial loans made by non-bank lenders. But the limits only apply to loans smaller than $2,500. The law imposes no interest rate restrictions on loans of $2,500 or
more.

To prevent similar violations in the future, the settlement requires CashCall to reform the way it conducts business.

In all ads that market non-mortgage and non-auto loans to Californians, CashCall now will disclose in a “clear and conspicuous manner” that the minimum loan amount is $2,600. Additionally, when customers say they want to borrow less than $2,600, CashCall now will have to tell them the firm does not make loans for less than that amount, that state law caps interest rates on loans of less than $2,500 at about 30 percent, and that the capped rate is lower than the rate CashCall charges. The firm will implement additional consumer protection reforms required by the settlement agreement.

Guys, this is just plain stupid if true. Maybe CashCall decided it’s cheaper to pay the mickey-mouse fine rather than litigate. Who knows! Just don’t do stupid stuff!

How to Survive in The Payday Loan Industry

Here’s a portion of an ongoing “Thread” by Serge Milman at Optirate.com. You would think we were discussing the payday loan space:

Chase knows exactly what they are doing and has a clear plan on stealing customer base and wallet share from competitors in what-ever local market they enter.

Large Banks – assets > $50b – can easily afford this strategy, and for some, it actually makes sense. But not so for smaller Banks and Credit Unions. Smaller Banks CANNOT outspend larger banks on Branches. The Branch – as a marketing tool – is a failed strategy for smaller Banks (assets < $10b) and virtually every Credit Union.

As such, the only question that remains is how best to utilize limited resources to a) win new and profitable customers, and b) how to expand wallet-share of existing customer base. You are 100% correct that mobile is part of the solution for some demographic segments, but more importantly, Banks and Credit Unions need to develop differentiating products & services, price them appropriately, develop intelligent relationship management plans, and market the products. Seems like Business 101, yet…

The old ways of doing business in the small dollar loan space are just that: Old! Land mines are everywhere. And yet, 20 million+ borrowers are still out there. Will your Team figure out how to meet this demand?

Regarding consumer demand:
“The customers’ need for short-term cash is growing. Nearly every study we see, every empirical set of data that we look at agrees that our consumer is terribly under-served. What we also know to be true is that our customers are sophisticated in their choices. They correctly see us as the cheapest and best alternative. They’re well-educated, hard-working people that appreciate the product and services we provide…”

Regarding smart phone penetration:
“In the first half of this year, roughly 6% of our retail sales came from online transactions and over $6 million of our current loan balance was generated online. We expect both of these penetrations to more than double in the next 12 months and grow exponentially in the coming years. Their preferred method of communication with us is quickly moving to their smartphone. That is why we are investing in the technologies that will support our ability to be at the forefront of that communication for years to come.”

Regarding Revenue:
“Inside our base business, we are growing our revenues. Total loan balances were $38 million, up 13% from the prior year quarter, of which the online lending portfolio balance represented over $1 million. Our balances inside of Texas grew 7% and our balances outside of Texas grew 17% driven by both new locations and new products in existing stores.”

Regarding Texas:
“The profitability of the financial services business was negatively impacted by over $1 million during the quarter as a result of ordinances enacted in Dallas, Austin, San Antonio.”

Regarding Australia:
“Cash Converters International Limited, our strategic affiliate in Australia announced that it had achieved a 39% increase in net income during the first half of its fiscal year. Cash Converters’ outstanding performance resulted in a 43% contribution increase at EZCORP.”

You can access the entire earnings call here: EZCorp and here: Seeking Alpha. 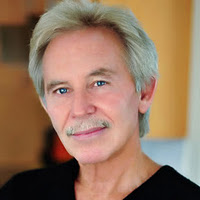 By Jer Ayles-Ayler * I got a call from  Hilary Miller, a lawyer buddy of mine. A group with more money than god wanted his counsel regarding entry into the small dollar loan space. When he explained they would have to pay him, they bailed.

Great! You have access to “the money.” So what! Do you really think attending a conference, making a few calls gathered from Linkedin, and talking with vendors with something to sell are going to deliver your “secret sauce?”

• Lead gen
• Analytical
• Collections/Underwriting
• CSR’s
• Software that does what you’re team wants it to do.
• Legal/Licensing/Compliance/Taxes/Offshore/Tribe/State
• Tactics and Strategies
• Technology
• SEO/SEM/Mobile/Offline marketing

There are a LOT of really smart, creative people in our space. We aren’t making a ton of money by accident. We’ve learned the hard way – in the trenches. We’ve screwed-up royally BUT survived that early, catastrophic failure; well most of us :o)

So… you’re a lender. Oh, I get it. You’re an Internet guy now. You’ll do it all in your underwear from your beach-front home office ( Stop laughing, no cracks! That’s me :o) You really think you don’t need troops in the field, out in the trenches? Who is going to knock on doors and collect your money? Whose going to repo your collateral? Where are you going to store this stuff? Payday loans – the way most of us are doing them today – are toast! The PDL cheese has moved. You have to differentiate your products and services. It’s a new world, a savvy consumer, and more regulators than you can shake a stick at. Plus, plenty of lawyers to remind us of this on a daily basis.

Yep, it takes capital but that isn’t enough. It takes a village – I mean a team :o)

To succeed and survive, you must collaborate. You’ve got to “play BIG” with your Team to win. Our industry is changing rapidly. There has never been so much opportunity. Nor has there ever been so many challenges. Millions of consumers all over the world Want and NEED our products!

Expecting to “pick the brain” of an expert over lunch and launching your enterprise will lead to a catastrophic failure. Build relationships NOW; before you need them. Even those of us who have been in the game for years still have to invest time and money.

Want to explore? Need to put capital to work? Want to take your expertise in operations to the next level? Got a new solution for the industry but can’t get in front of the “players?” Hit me… Jer@TrihouseConsulting.com

Http://www.PaydayManual.com
702-208-6736
WARNING! I’m BUSY. Drop an email. Introduce yourself. I’m an old Dude. I talk to a lot of really smart folks all day long. (I’m serious!)  Put some bullets to me in writing. And NO, your input will not wind-up on my Blog :o) I have so damn many NDA’s and MOU’s I just assume we have one with you already!

Finally, if you’re going to be in Newport Beach or Corona del Mar in March, I like a nice red. I’m not sure what Hilary drinks. See you in the St. Regis. Go ahead! Just try to “pick my brain.”