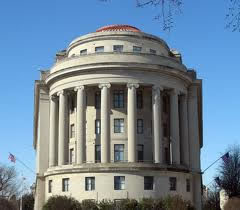 In an FTC action challenging allegedly illegal business practices by a
payday loan operation affiliated with American Indian Tribes, a United States Magistrate Judge just issued a report and recommendation on the scope of the FTC Act.  Attorneys will want to give the order a careful read, but here’s the need-to-know nugget:  Over the defendants’ vigorous opposition, the Magistrate Judge concluded that the FTC Act “gives the FTC the authority to bring suit against Indian Tribes, arms of Indian Tribes, and employees and contractors of arms of Indian Tribes.”  Most importantly, the Judge’s finding confirms that the FTC’s consumer protection laws apply to businesses regardless of tribal affiliation.  The FTC sees that as a key step in protecting consumers from deceptive and unfair practices.

The FTC sued a web of defendants — including AMG Services, Inc., 3 other Internet-based lending companies, 7 related companies, and 6 individuals, including race car driver Scott Tucker and his brother Blaine Tucker — for violating Section 5 of the FTC Act, the Electronic Fund Transfer Act, and the Truth in Lending Act in their payday loan practices.  Some of the defendants tried to get the FTC case dismissed, claiming that their affiliation with American Indian Tribes makes them immune from those federal statutes.

Not so, urged the FTC.  True, the FTC Act makes no specific reference either way to its applicability to tribal entities.  But citing Supreme Court and Ninth Circuit precedent, the FTC reasoned that “statutes of general applicability that are silent on tribal issues presumptively apply to tribes and tribal businesses.”

The defendants responded that the FTC Act isn’t a “statute of general applicability” because Congress wrote certain exemptions into the law.

Citing that decision and others, the Magistrate Judge’s report and recommendation rejected the defendants’ immunity theory and concluded that “the FTC Act has a broad reach and is one of general applicability.”  The order reserves judgment on whether the defendants are “not for profit” corporations for purposes of the FTC Act, but held that TILA and EFTA apply regardless of the defendants’ disputed for-profit status.

A related update:  The FTC reached a partial settlement with the principal defendants in the case.  Under the terms of the order, those defendants will be barred from using threats of arrest and lawsuits as a tactic for collecting debts, and from requiring all borrowers to agree in advance to electronic withdrawals from their bank accounts as a condition of getting credit.  The FTC continues to litigate other counts against the AMG defendants, including that they deceived consumers about the cost of their loans by charging undisclosed charges and inflated fees.