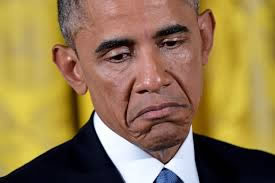 Today, the Consumer Financial Protection Bureau traveled to
Birmingham, Ala., for our first field hearing. We gathered to
discuss and collect information on payday lending. The payday
lending market is a multi-billion dollar industry in the United
States, and Alabama has one of the largest concentrations of payday
lenders in the country.

Payday loans can arrive the same day and are usually due to be paid
back within two weeks. Many consumers turn to payday loans because
they find themselves in a financial pinch. However, these
small-dollar loans can come at a hefty price, sometimes with an APR
of more than 400 percent. When consumers can’t pay on time, they
find themselves taking on more debt to cover the previous loan that
has now come due. This can quickly lead consumers down a road of
risk that often spirals into an ongoing cycle of debt.

We understand that there is demand for small-value loans from many
consumers. Even some traditional banks now offer a similar product
called a deposit “advance.” But we want to make sure that consumers
understand the consequences of their decisions and are protected
from risks that may be inherent in these products. Today, we
released our procedures for examining bank and nonbank institutions
offering short-term, small-dollar loans.

The goal of our field hearing is to listen, learn, and gather
information to help us better understand the payday lending market
so that we can choose the appropriate tools to balance the needs of
consumers with the risks they face. Please use the comment box
below to tell us about your experiences with payday loans. (You can
also tell us your story privately.)
http://www.consumerfinance.gov/hearing-your-stories-on-payday-lending/