In October 2017, Scott Tucker was criminally convicted for his billion-dollar payday loan business. On Friday, he was sentenced to 16 years in prison. (Tucker’s attorney, Tim Muir, received 7 years.)

“As a unanimous jury found today, Scott Tucker and Timothy Muir targeted and exploited millions of struggling, everyday Americans by charging them illegally high interest rates on payday loans, as much as 700 percent,” Joon H. Kim, acting Manhattan U.S. Attorney, said in a statement. “Tucker and Muir sought to get away with their crimes by claiming that this $2 billion payday loan business was actually owned and operated by Native American tribes. Scott and his lawyer attempted to portray their Kansas City based AMG services as Native American owned; thereby having sovereign immunity. The jury disagreed. 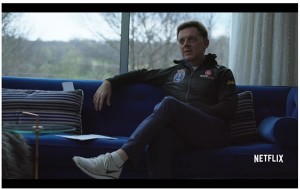 A lawyer for Tucker told said Scott  Tucker intends to appeal. Tucker is also appealing the $1.3 billion fine leveled against him last year by the Federal Trade Commission.

Meanwhile, Tucker is off to prison for 16 years!

The fact is, Scott Tucker’s payday loan business had thousands of returning borrowers! Why? Because they preferred Scott’s online payday loan product to the few options they had for borrowing a few hundred bucks without a hassle.

It’s true that Tucker employed MANY “tricks” and disclosure failures during the course of his customer’s online borrowing transaction. Too bad! Lenders don’t really have to do this. A lender can reveal ALL the costs, terms and transaction details BEFORE the potential borrower actually “signs on the dotted line” and still build a multi-million dollar loan portfolio. Many publicly traded and privately held companies are achieving this as I type here.

Tribal ownership? It appears that Scott Tucker and Timothy Muir accomplished this “after the barn doors were opened!” Their handling of this arrangement appears to have resulted in their mortal death. (They should have consulted with an experienced tribal chairman/manager like Allen Parker at Consultants4Tribes.com!)

Regarding the payday loan product offering itself, the media ALWAYS fails to disclose that there is more to the 700% interest rate they ALWAYS refer to than first meets the eye. This is an annualized interest rate required to be disclosed by the lender to a customer by the FED’s. By now, everyone knows that these loans aren’t meant to be rolled over every 2 weeks for years! They are scheduled to be paid off on the borrower’s next payday. You borrow $300 and payback $345. No big deal IF you have zero options and you want  a fast loan!

Scott Tucker screwed up! But of course, that’s easy for the rest of us to conclude having the benefit of hindsight! Tucker was a maverick; blazing new trails. As he says in the Netflix “Dirty Money,” Episode 2 treatise on his business, “There was no road map.”