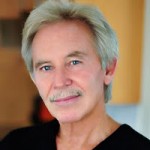 David Lazarus, the author of a hit piece in The Los Angeles Times, calls the collaboration of both Republican and Democratic lawmakers on a payday loan bill “a bizarre display of bipartisan cooperation to cripple the Consumer Financial Protection Bureau.” This statement is folly!

“The bill would delay federal regulations for payday lenders by two years. It also would allow states to adopt more lenient rules for the industry.” The States should have the ultimate say in regards to credit access for their residents! What do the bureaucrats in D.C. know about this topic? Zip!!

“Wasserman Schultz is joined by eight other Democrats in co-sponsoring the legislation alongside twice as many Republicans.” Finally, both sides of the aisle are working together on SOMETHING!

Obviously, these Democrats and Republicans who are working together on this payday loan legislation are more in touch with their constituents then Richard Cordray, the head of the CFPB in Washington!

The CFPB’s own “Winter 2016 Complaint Report” reveals payday loan complaints declined 12%. Of the total 20,887 complaints received by the CFPB, 409 were in regards to payday loans. That’s .019%. [Here’s a link to their actual Report.]

“Under preliminary requirements unveiled last year, lenders would have to determine upfront if a borrower can repay the loan.”  This statement is ridiculous! Payday loan lenders don’t go to the FED and get 1% money – like BANKS do. We’re lending OUR OWN MONEY. If our borrower cannot pay us back, we’re OUT OF BUSINESS! STUPID!

Our loans are not collateralized. All we have is the consumer’s promise to pay us back. In Wasserman Schultz’s state of Florida, which Lazarus attacks, a resident of Florida borrows $100 and pays back $110.00 two weeks later. That’s it! No subterfuge. Unlike bank NSF fees, this $10/%100 fee structure is plainly visible on the walls and in every consumer contract in English and Spanish in 18 point fonts!

The author is in Los Angeles, Calif. Has he ever bothered to actually visit a payday loan store? Doubtful. The State of California passed its own payday loan laws in 1997. We charge $17.65 per $100 borrowed. So… customer borrows $100 today, they pay us back $117.65 in two weeks. Sign on the dotted line, prove to me you can pay me back my money, show me you have a checking account and you’re approved. In and out in 10 minutes. SIMPLE! And that’s exactly what my customers want.

I congratulate these bipartisian ELECTED representatives for at least taking another look at the draconian measures the CFPB beaurocrats are attempting to do in restricting a wide spectrum of financial products to U.S. consumers!

Finally, I suspect all of these measures will soon be moot. Silicon Valley, Austin, London… launch new FinTech companies weekly. Orchard, Avant, Lendup, Prosper, JP Morgan, and on and on are rapidly changing the consumer and small business loan offerings available. The bureaucrats simply cannot keep up!

Consumer Confidential: Why is a group of lawmakers working to undermine tighter rules for the payday-loan industry?

In a bizarre display of bipartisan cooperation, a handful of Democratic lawmakers have joined Republicans in trying to cripple the Consumer Financial Protection Bureau. The question is: Why? Most notably, Florida Rep. Debbie Wasserman Schultz, who also serves as chairwoman of the Democratic National Committee, is co-sponsoring the deceptively titled Consumer Protection and Choice Act, which…