The Business of Lending to the Masses: Do You Have a Specific Skill Set for Hire?

Are you an expert in any segment of “the business of lending money to the masses?”
Do you have specific, extraordinary expertise relevant to our industry?
Our company, Trihouse Consulting, represents direct lenders, investors and industry vendors on the “prowl” for TALENT.  Many of these assignments can be performed remotely. Many are part-time; a few hours/week.
If you possess any of these skill sets – and are extraordinary – reach out.
You need to hire these skill sets? Reach out as well.
TrihouseConsulting@gmail.com
PRIVACY & DISCREETNESS GUARANTEED BY ME!

The Section 184 Indian Home Loan Guarantee Program is a home mortgage specifically designed for American Indian and Alaska Native families, Alaska Villages, Tribes, or Tribally Designated Housing Entities. Section 184 loans can be used, both on and off native lands, for new construction, rehabilitation, purchase of an existing home, or refinance.

Because of the unique status of Indian lands being held in Trust, Native American homeownership has historically been an underserved market. Working with an expanding network of private sector and tribal partners, the Section 184 Program endeavors to increase access to capital for Native Americans and provide private funding opportunities for tribal housing agencies with the Section 184 Program.

To help increase Native access to financing, the Office of Loan Guarantee within HUD’s Office of Native American Programs, guarantees the Section 184 home mortgage loans made to Native Borrowers. By… Read More

Payday Loans: Working the Phones = How to Fund Loans & Collect Your Money

This is a blast from the past INSPIRATIONAL message for all of us when we’re feeling a little tired, frustrated, cold, wet, hot… while funding loans and collecting our $$$.

A lender in our industry innocently asked me how I get “pumped!” Just “playing” in the “business of lending money to the masses” turns me on. The inbound opportunities shooting at me daily fires me up! Participating in calls and brain dumps with the smartest folks on the planet = HUGE ADRENALINE PUMP and jacks me up!

Watch this Leonardo de Caprio PERFORMANCE now & then. Bookmark this page. Watch the Video below and prepare to become Faster Than a Speeding Bullet! More Powerful Than a Locomotive! Able to Leap Tall Buildings in a Single Bound!

Warning: This is adult content! It’s not politically correct. So, if you don’t think you want to expose yourself, go here: Disney.

WARNING: For those of you who cringe at anything politically incorrect, DO NOT WATCH “The Wolf” work the phones!

Gather your Team around a computer monitor for 90 seconds and immerse yourselves in a TRUE ADRENALINE RUSH the likes of which your more timid souls have NEVER BEFORE EXPERIENCED!

Watch & listen as the “Wolf of Wall Street” works the phones.

GUARANTEED, YOU & your TEAM will achieve a MASSIVE 10X+ increase in ROI today.

PS: A HUGE thankyou to Robert Wheeler at TOFSC for bringing this to our attention!

See those little black boxes? They are called telephones.

I’m gonna let you in on a little secret about these telephones.

They’re not gonna dial themselves! Okay? Without you, they’re just worthless hunk of plastic. Like a loaded M16 without a trained Marine to pull the trigger. And in the case of the telephone, it’s up to each and every one of you, my highly trained Strattonites, my killers.

My killers who will not take no for an answer! My fucking warriors who’ll not hang up the phone, until their client either buys or fucking dies!

Let me tell you something. There is no nobility in poverty. I’ve been a rich man, and I’ve been a poor man. And I choose rich every fucking time. Cause, At least as a rich man, when I have to face my problems, I show up in the back of a limo wearing a $2000 suit …and $40,000 gold fuckin’ watch!

Now, if anyone here thinks I’m superficial or materialistic. Go get a job at fucking McDonald’s, because that’s where you fucking belong!

But, before you depart this room full of winners, I want you to take a good look at the person next to you, go on. Because sometime in the not-so-distant future, you’re pullin’ up to a red light in your beat-up old fucking Pinto, and that person is gonna pull up right alongside you in a brand new Porsche, with their beautiful wife by his side, who’s got big voluptuous tits. And who will you be next to? Some disgusting wilder beast with three days of razor-stubble in a sleeveless moo-moo, crammed in next to you with a carload full of groceries from the fucking Price Club! That’s who you’re gonna be sitting next to.

I listen to this every day before I sell. I ignore no soliciting signs, kick dogs that try to bite me, and shout out my sales pitch before they tell me “not interested” that would put Billy Mays to shame. I MAKE them interested. Everyone is either a buyer or a chump who isn’t qualified to buy. I don’t go home until I sell, I’d rather piss off a hundred people than not pay my bills.

I’m “lucky.” Lenders, vendors, investors, entrepreneurs… in “the business of lending money to the masses” call me daily. They share their wins, their losses, their challenges, their frustrations and most importantly, their ideas with me.

Why me? I suppose because I’m transparent. I’m straight. I fully admit my agenda and my biases. My reputation is all I really have. Ultimately, that’s all any of us own.

As a result, I have the good fortune to be able to access some of the best minds in our industry.

Make no mistake! I recognize that I’m often “the dumbest guy in the room.” Frankly, I prefer this role. “Always be learning” is my mantra.

Over the years, I’ve “worked” on a multitude of projects with professionals who charge by the hour for their services. I’ve never understood this. The premise that the fee generated by a collaboration between a client and their “hired gun” should be based on time, materials, numbers of participants… some commodity,  is nonsensical.

The real measure of my collaboration with my client is to what extent have I improved my client’s condition. As my mentor, Alan Weiss wrote, “Billing by the hour or day is intrinsically unethical. Lawyers bill by 6 minute increments. We all know how well that works. Time-based billing rewards sloth & lethargy.”

My value is in my advice, my counsel and my network; not in my presence. My clients should not have to make an investment decision [hours billed] every time they need my help.

Example: My client needs a bank! No bank = catastrophe! I jump on a 10 minute call with a banker I know who is willing to provide an operating account for my lender client. If I bill for 10 minutes of my time, what dollar amount does that equate to? $166@$1000/hr? What value did I deliver? I enabled my lender client to remain in business! Think about all the capital, infrastructure, customers served, employees, vendors, tax authorities, commercial property owners, consumer activists 🙂 politicians, lawyers, lobbyists, industry associations… who are dependent on the survival of my client!

I’ve invested 20+ years building relationships with folks smarter than me. Relationships that allow me to solve a bank issue with a short phone call. Relationships enabling me to introduce two unaffiliated lenders – unaware of one another AND YET operating in the same city – to collaborate with one another, solve their individual challenges and achieve an extraordinary ROI that they never dreamed possible.

[Note: I stole the following from another mentor, Seth Godin.]

At the first, a tractor-trailer filled with heavy boxes shows up. The sole worker on the dock is tasked with unloading the trailer, asap.

He puts on his gloves and begins hauling the boxes, one at a time. He’s manhandling them off the truck and straining to stack them to the side. Eight hours later, he has a strained back, blisters and an empty truck. A day’s work, hard earned.

At the second dock, the sole worker looks at the truck and then heads next door, to the larger company and their foreman, a woman he met on the bus to work last week. “Can I borrow your hand truck and ramp for an hour?” It took guts to ask, he might have been rejected, but his calm manner and ability to connect worked.

An hour later, the truck is empty.

For most of us, hard work is measured in insight, emotional effort, and connection. It’s been a long time since the economy fairly rewarded people based on brawn alone.

And now, consider the third company, where the person at the dock planned ahead and had everything ready as soon as the truck was scheduled to arrive…

Or consider the keyboard workers, one of whom does a repetitive task all day long, and the other who did the labor to find a plug-in or macro that would do it in a few minutes… 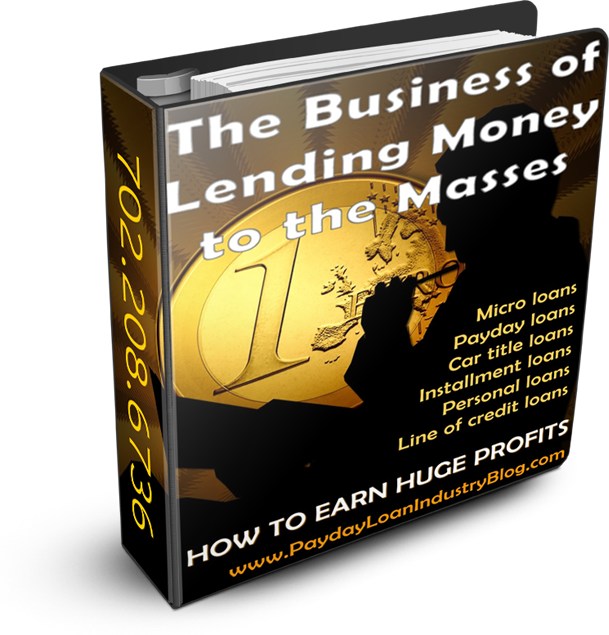 President Trump, Consumers, The PDL Industry & the CFPB Party to the Beat of New Rules