Euphoria is overtaking the private, Tribe and publicly owned payday loan, small dollar loan, unsecured loan, car title lending… industry.
It’s as if an elephant has been sitting on our chests since August of 2013 and finely wandered off TO DIE! 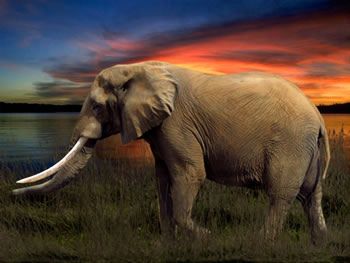 You know the old story about the matriarchs of the elephant families leaving the herd to wonder off to their elephant graveyard?

Well, now we can add a similar story to the bunglers, meddlers, hypocrites and unelected, ivory enshrined bureaucrats who  pontificated from their lofty perches about what THEY think is good for consumers in America.
All of us took a hit by CFPB government employees. Firearms dealers, payday lenders, car dealers, ammo dealers, shooting ranges, gaming, marketing companies… hell, even strippers!
World Acceptance, Santander, PHH, Enova, EZcorp, Avant… are all shrugging off any future unwarranted attacks against them by the CFPB while worried consumers of these small dollar loan products are relieved by the obvious continued access they’ll have to short-term loans for solving their financial worries.
YEP! We live in wonderful times!! Eventually, persistence pays off! For ALL of us.
And, on the heels of the latest CFPB defeats, new lenders continue to launch via both State and Tribal collaborations, industry veterans continue to participate in capital raises, the “big boys” in our space expand, and the biggest seasonal demand by consumers is about to begin!

Entreprenurs with serious experience in the unsecured lending space going “balls to the wall” with teams of tech and finance at their helm.

Over the last five sessions a group of payday lenders and other former or potential CFPB targets have been partying: World Acceptance Avant, Lendup, Lending Club, Dave, WRLD, OneMain Holdings, Santander Consumer, PHH Corp. Enova, Ezcorp and on and on!

This originally appeared on Mortgage News Daily-by BY: ROB CHRISMAN  here: Here’s something to think about. If the CFPB “dials things back,” wouldn’t the states step in and increase their consumer-focused regulatory levels? Multi-state lenders certainly wouldn’t like that. Since the state regulators have been in regular communication with the CFPB and knowledgeable as to the Bureau’s regulations and impact upon consumers (the protection of whom the states have always viewed as their primary function) it can be expected that we will see more state regulation as the CFPB’s role is reduced. In Pennsylvania, for example, a recent bill supported by the Department of Banking and Securities to license mortgage servicers, incorporated the CFPB servicing regulations. This is a trend that may become viable for other states regarding those CFPB regulations that might be eliminated or reduced in effect.  This is, of course, speculative at this point but it should be considered as we move ahead representing the industry in the states.

According to media sources, President Trump is expected to select Mick Mulvaney, the current Director of the White House Office of Management and Budget (OMB), to serve as the interim Director of the CFPB upon Richard Cordray’s resignation at the end of this month. The CFPB is not going away, and neither is Dodd-Frank, although policies and procedures may change. And do we really want it to, given that lenders and vendors in the industry spent billions of dollars implementing the Dodd-Frank framework in our businesses.

Mulvaney is a former South Carolina congressman and served on the Financial Services Committee. Mulvaney had previously been quoted during interviews as being dissatisfied with the CFPB’s performance and even said its lack of accountability showed it to be a “joke”. He was one of those in Congress who reportedly wanted the CFPB to be eliminated. Certainly, the administration intends to reduce federal regulations and the CFPB would make a prime target.

Julian Hebron of The Basis Point issued his thoughts on the future structure of the CFPB.

Ever heard of Think Finance? It doesn’t matter – the CFPB has. On November 15, the CFPB announced it had filed a complaint against Think, a Texas-based service provider, alleging that it had assisted in the collection of loans that were, in whole or in part, void under state law. The complaint filed in the U.S. District Court for the District of Montana alleges that the service provider, which provided services to three tribal lending entities engaged in the business of extending online installment loans and lines of credit, along with two companies responsible for the collection process (collectively defendants), assisted in the collection of loans that consumers were not legally obligated to pay based on identified states’ usury laws or licensing requirements.

Rob Chrisman began his career in mortgage banking – primarily capital markets – 27 years ago in 1985 with First California Mortgage, assisting in Secondary Marketing until 1988, when he joined Tuttle & Co., a leading mortgage pipeline risk management firm. He was an account manager and partner at Tuttle & Co. until 1996, when he moved to Scotland with his family for 9 months.
He returned to the United States in mid-1997 and ran Secondary for Standard Financial, a sub-prime lender in northern California. In late 1997 Rob was hired by CrossLand Mortgage to start, and be the president of, a sub-prime company named OnCall Mortgage (a division of CrossLand). OnCall Mortgage was in existence until Wells Fargo purchased First Security Bank (the owner of CrossLand) at the end of 2000.
Rob then joined CMG Mortgage, a wholesale mortgage bank, as the Director of Secondary Marketing. In early 2003 and re-joined Tuttle Risk Management Services, Inc. TRMS (now Compass) provides mortgage pipeline risk management for mortgage companies and thrifts that seek to originate and sell loans into the secondary mortgage market. In November of 2006 Rob left TRMS to become the Director of Capital Markets for RPM Mortgage, a retail residential lender, leaving there in late 2008 to focus on not only publishing a widely read daily market commentary on current mortgage events but also on his family.
He is on the board of directors of Peoples Bank, a mid-sized depository in Kansas, and of IFC, a financial services company which advances capital to heirs, He is also an associate of the STRATMOR Group, a member of the California Mortgage Bankers Association, and of the Mortgage Bankers Association of the Carolinas and its membership committee. Rob has provided expert witness services for mortgage and real estate-related cases, has lectured to groups around the country.
Rob holds a BS from Cal Poly, San Luis Obispo, and an MBA from UC Berkeley.

No need to write more on this matter today. Ballard Spahr does a great job with this piece on their Blog.